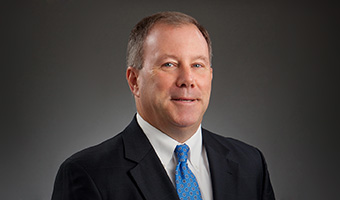 University of Dayton School of Law

Earlier this week, the Office of Renewable Energy Siting finalized and enacted the new regulations required by the New York Accelerated Rene
September 23, 2020

New York State is leading the nation in the pursuit of a renewable energy future. The state is poised to eliminate the use of fossil fuels o
April 2, 2020

Partner and Energy Industry Team leader Bill Flynn of our Capital Region offices is being recognized for his career of accomplishments in th
October 15, 2021

Partners, senior counsel and associates from Harris Beach PLLC offices across New York have been named to the 2021 edition of Super Lawyers,
February 16, 2021

Green energy is taking center stage in New York state, poised to quickly become one of the state’s most important industries with potential
September 23, 2020

New York State is leading the nation in the pursuit of a renewable energy future. The state is poised to eliminate the use of fossil fuels o
September 21, 2020

Attorneys from Harris Beach PLLC are named as Best Lawyers, Lawyers of the Year and “Ones to Watch” in the 2021 edition of The Best Lawyers
November 12, 2019

A total of 79 Harris Beach PLLC attorneys have been named to the 2019 edition of Super Lawyers, a peer-based rating service that recognizes
August 15, 2018

A total of 63 attorneys from Harris Beach PLLC have made the 2019 edition of The Best Lawyers in America, the oldest guide of its kind in th
Events
May 27, 2022

Energy industry team leader Bill Flynn will also be moderating a panel on June 22 titled, Charting the Course toward 2050 – Moderated Discus
May 17, 2022

Harris Beach will sponsor the 36th Annual IPPNY Spring Conference on May 17 – May 18. Bill Flynn, leader of the Harris Beach energy ind
April 11, 2022

Harris Beach will sponsor the 2022 Electric Power Supply Association (EPSA) Competitive Power Summit, being held on March 29 from 7:30 AM –
April 8, 2022

Bill Flynn, Leader of the Energy industry team at Harris Beach, will moderate a webinar hosted by the Business Council of New York State on
November 19, 2021

Bill Flynn will moderate a panel on, “Meeting the New Administration,” at The Business Council of New York State 2021 Annual Environment Con
April 12, 2021

Bill Flynn to be Panelist on HomeServe Webinar: How are Utilities, Regulators and Customers Planning for a Changing Environment?

Bill Flynn will be one of three panelists participating in the HomeServe webinar: How are Utilities, Regulators and Customers Planning for a
February 12, 2020

Harris Beach is a sponsor of the 2020 National Association of Regulatory Utility Commissioners’ Winter Policy Summit in Washington, D.C.
May 29, 2019

The Mid-Atlantic Conference of Regulatory Utilities Commissioners will feature a wide variety of energy topics over the three day event. Har
May 1, 2019

We are proud to sponsor a reception for our colleagues in energy at NYISO.
May 1, 2019

Bill Flynn to Moderate Discussion at IPPNY Spring Conference May 8