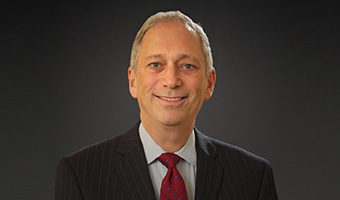 Industry Teams Leader -
Nanotechnology
(212) 313-5452
sgoos@harrisbeach.com
“My clients know that they can rely on me to communicate regularly and focus on our strategy. It is important to “sweat the details”. Paying attention to details is how one leverages a case to an equitable resolution.”
Profile
Representative Matters
Professional and Civic
Areas of Experience
Admissions
Education
Location
Publications and Events

He has extensive training in mediation by the American Arbitration Association.

Prior to practicing law, Stan was an educator teaching in various private schools from 1981 to 1989.

Attorneys from Harris Beach PLLC offices in New York City, White Plains and on Long Island have been named to the 2021 edition of the New Yo
November 12, 2019

A total of 79 Harris Beach PLLC attorneys have been named to the 2019 edition of Super Lawyers, a peer-based rating service that recognizes
August 15, 2018

A total of 63 attorneys from Harris Beach PLLC have made the 2019 edition of The Best Lawyers in America, the oldest guide of its kind in th
Events
March 21, 2019

He has extensive training in mediation by the American Arbitration Association.

Prior to practicing law, Stan was an educator teaching in various private schools from 1981 to 1989.