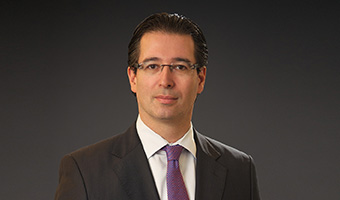 (516) 880-8385  |
akomaromi@harrisbeach.com
“My goal is to be very responsive to clients during fast-moving transactions. My priority is to always assist my clients in understanding the nuances of a transaction and work with them toward a satisfactory solution to any issues that may arise.”
Profile
Representative Matters
Professional and Civic
Areas of Experience
Admissions
Education
Location