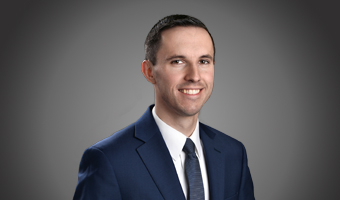 Brendan focuses his practice on developing and managing global talent acquisition programs for large and small employers seeking to fill highly skilled positions in the United States. He counsels employers located throughout New York, the United States and internationally and assists with obtaining immigration status and employment authorization for employees in both nonimmigrant and immigrant (permanent resident/“green card”) visa categories. His practice includes an emphasis on assisting college/university faculty members and medical professionals with complex immigration issues such as J-1 waivers, O-1 visas, and permanent residency through the National Interest Waiver, Outstanding Professor/Researcher, and Alien of Extraordinary Ability categories. Brendan also works extensively with investors, entrepreneurs, and start-ups in securing investment-based nonimmigrant visas.

Brendan previously served as a law clerk for Chief U.S. District Court Judge Gary L. Sharpe of the Northern District of New York in Albany. During law school, he worked in the Office of General Counsel for the State University of New York.

When Does My Immigration Status Expire?

While that question may seem simple enough to answer, in many instances individuals may be mistaken or unaware of when their lawful immigrat
January 25, 2022

In a long-awaited effort to address delays and backlogs that have arisen due to consular closures and limited staffing over the last year-an
December 20, 2021

J-1 and Done? A Review of Available Waiver Options for J-1 Physicians

As almost anyone in the healthcare industry can attest, the United States has been experiencing a significant shortage of physicians and oth
December 20, 2021

At a time when health care is critical, physician shortages and other challenges continue to beset the United States.
October 13, 2021

Concerns for public health and immigration law have been tied together in the United States for over 100 years. Since the Immigration Act of
October 9, 2021

The Summer season often brings with it an increase in international travel, as people seek to take vacations, visit family, and attend to bu
June 8, 2021

Last month, the Department of Homeland Security announced that it was withdrawing a 2018 proposal to remove the International Entrepreneur (
April 30, 2021

USCIS To Allow Employers Another Chance at Certain H-1B Denials

On Friday, March 12, 2021, U.S. Citizenship & Immigration Services (USCIS) announced that it may reopen and/or reconsider the denial of prev
March 11, 2021

On March 9, 2021, the Department of Homeland Security (DHS) announced that it will no longer seek judicial review of any court decisions inv
February 25, 2021

Biden Immigration Bill: What it Means for Employment-based Immigration

On Thursday, February 18, House Democrats introduced the Biden Administration’s Immigration Bill “The U.S. Citizenship Act.”  This is an amb
February 22, 2021

Early in his presidency, Joe Biden brought the U.S. Citizenship Act of 2021 to Congress and revealed its highlights at https://www.whitehous
February 7, 2021

The last seven days, encompassing the transition from the Trump Administration to the Biden Administration, have involved a flurry of execut
December 31, 2020

Since the coronavirus (COVID-19) pandemic began in early 2020, there have been significant disruptions to certain U.S. Citizenship & Immigra
December 2, 2020